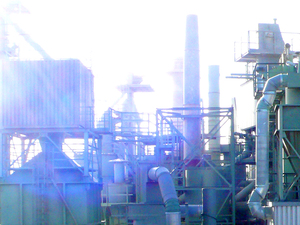 Johann Neuenhaus founded the original haulage contractor in 1924.
1951 the company was transfered to the daughter Magdalena.


Focus on roads- and building construction

In the 1950s  the extraction of sands for the roads and building construction place, because those branches had a took strong rise. In 1957 Magdalena Neuenhaus married the car mechanic master and young buisiness man Erich Tebbe. Thus the companys name changed to M. Tebbe-Neuenhaus.

In the early 1960s the building sand production changed continually to high quality industrie quartz sand because of the changing and rising requirement. Thus our company grew trough new building and steady expansion to a qualyfied and modern production facility for the refinement of the natural raw material quartz sand.

In the early 1970s we expended our product range through the new building of a manufacturing and drying plant. For an environmentfriendly abrasive with the brandname TESTRA (R) , wich is produced in a complex process out of melted coal.

In 2013, Mister Erich Tebbe passed away who shaped the corporate development signifacantly. His succession became bis great nephew Christian Nicolas Bächstädt. In the course of his succession, the company got changed to M+E Tebbe-Neuenhaus GmbH & Co.KG.

As our primary goal we set the continually improvement of the quality standards as well as the fast and flexible fullfillment of our customers wishes.